Few months back Google released the latest cell phone operating system-  Android O. Android O brings a number of cool changes and features which you will really love to explore. The Android O changes fall into into three different categories: Fluid Experiences, UI Changes, and Vitals. Here find below the new features in the latest version of Android.

As slowly smartphones are transforming into full fledged computers but according to Google the small size of phones, performing certain tasks like multitasking creates problem. Fluid Experiences is therefore Google’s attempt to provide you with a refined user experience which is not impacted by the smaller size of your smartphones. The theme here is to get more done, even with a small screen device. Under these fluid experiences the following changes you will find now when using your Samsung Android.

In apps like YouTube, Google Duo or Netflix, you can just press the home button to activate picture-in-picture mode. It will create a floating window which can be adjusted, resized and re-positioned. While the floating window is active you still have access to all the features on your smartphone. Like can take notes while watching a tutorial on YouTube. This approach does feel better than the split-screen mode. However, third party app developers need to support this feature in their apps to make it really useful.

Auto-fill function has always been a part of Google Chrome browser. With this version of Android, Google is extending its auto-fill support to apps. Suppose your login information for Twitter is saved on your Chrome browser. When you open the app for the first time on a smartphone, it will automatically pull that information from Chrome and log you in. This function will be really useful when you are setting up a new phone or logging it with your friend’s device.

Remember how you struggled to select a text to copy on your smarphone. According to Google’s user studies, phone numbers are most copy-pasted item followed by names and addresses. Now Google is using this data with its machine learning to create “Smart Text Selection” on Android O. Whenever a user double taps on a phone number, name, address, or email id, the OS will be smart enough to select the whole thing. Not only that, it will also bring contextually aware options. For instance, showing maps or dialer in case you selected an address or phone number.

Android O brings a new feature where whenever your device is in the area served by a saved WiFi network, your phone will automatically toggle on the WiFi and connect to the network. It will save accidental phone data consumption without you having to keep the WiFi on all the time.

This feature is based on the data obtained through user’s location. In Android O, you can turn on the automatic WiFi toggle feature by going into Network and Internet > WiFi > WiFi Preferences.

Devices like Nexus and Pixel already enjoy certain fingerprint scanner gestures like swiping down to bring down the notification shade. Android O is going to enhance on this feature by adding horizontal swipes along with vertical swipes. Also the swipe direction will not be affected by the device’s orientation. Whether you are in portrait or landscape mode, swiping down will have the same result.

There are many apps which use the built-in screen overlay ability of Android to draw over other apps and provide us with features which otherwise would not have been possible. Like in the pop-up bubble feature utilized by apps like Facebook Messenger and display calibration by apps like Twilight. However, this comes with several associated security risks. Apps may misuse this authority to display certain buttons or stop you from interacting with the device till they are active.

To let the users know that an app is using screen overlay, Android O generates a notification whenever such an app is launched. You can disable the app just by tapping on the notification

Though Android O is build on the top of the previous Android versions and does not bring any major changes in the look and feel of the Android, there are some UI changes that really streamline the experience.

One of the most visible UI change coming with the Android O can be seen in the notification shade. The notification and quick settings page now follow a grey theme instead of the earlier black and white theme. Also, the buttons to edit Quick Settings tiles, switch user profiles, and the Settings shortcut have been moved to the bottom of the notification page. This makes it easier to access them on a large device.

You can change Icons in Pixel launcher

Android brought contextual menu, like 3D Touch on iOS, in the form of long press in Android 7.1. Basically, a long press on an app’s icon lets a user access the app’s specific shortcuts. With Android O, now the you  can access an app’s widget by long pressing on its icon. If an app has multiple widget formats, you can select which widget you want to see.

Night Light helps reduce strain on your eyes in the night be reducing the blue light and increasing the red tint of the display. In Nougat, you could only select when to turn the Night Light on or off. Android O brings a slider which can be used to adjust the intensity of Night Light allowing you to select the amount of red tint you want on your display.

Now the major focus point for Android O is that Google clubbed all security battery and other features under the hood improvements into one category and called it ‘Vitals’. The concept is to keep everything which is vital for a smartphone’s performance in as good a shape as possible.

As security has always been a main concern for Google, due to the common public perception that place Android as a less secure platform when compared to iOS. With the launch of Google Play Protect, Google wants to dispense that perception. Every day Google scans all the apps present on every Android device. They disable or outright remove any app which is flagged for causing security problems. Google want to make this process visible to the public and hence, they’ve launched the Google Play Protect app. A user can launch the app and see the result of the scan of all the apps on his devices.

Android O brings major improvements to the platform’s performance. Android O running devices will boot twice as fast, when compared to current devices. Also, the app load time has been reduced significantly. The faster app loading time is due to change in the OS itself and hence, it will be applicable for all the apps present on your  smartphones.

As Apps use a lot of data and resources while running in the background it slows down the performance of your smartphone and drains its battery quickly.  Android O therefore to manage battery life introduced “Wise Limits”. Basically, the OS puts a sensible limit to the amount of system resources an app can use, thereby decreasing the background drain and increasing the performance and battery life.

Google has been trying to fix the problem of Android fragmentation and updates since a long time and they have come up with a new solution dubbed “Project Treble”. The project, part of Android O, aims to make Android updates faster.

Graphics driver updates from the Play Store might get to be one of the first implementations of “Project Treble”. Since chipset makers will be able to push faster updates thanks to the “vendor implementation layer”, updating the graphics driver can happen through Play Store itself. This will also allow chipset manufacturers to send app-specific drivers update to solve glitches relating to that specific app. The only caveat of this feature is that it will only work on the devices which are shipped with Android O.

SMS authentication is imperative for security, as it is used by banks, messaging services, and even Google itself. Android O introduced a feature for app developers called PendingIntent. So now when an app requires an authentication, it will create a unique token which will be directly send to the application itself. You will never see a message in your inbox nor you will have to remember and manually enter the token which earlier you had to go to such steps for authentications.

Therefore you see Android O has lots of new features which will really work the best for your cell phones and give you smooth running of your apps or the common use of your cell phone. 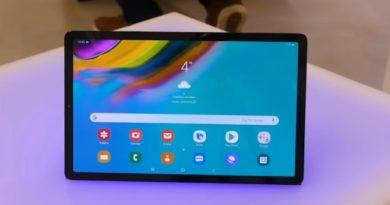 The Launch and Price of Galaxy Tab S5e Announced 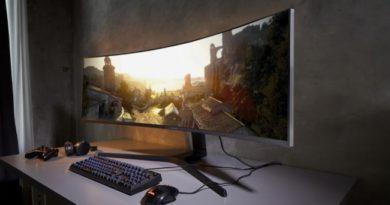 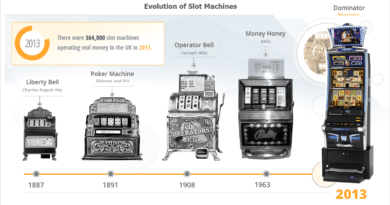 History of the Slot Machine