There are so many excellent games on Steam. Although it’s tough to narrow track down the best, there’s certainly something for everyone out there. Here I have rounded up 10 Best Evergreen Games on Stream to Play that never seems to get old.

It is a nice farming simulator where you have your grandfather’s farm in Stardew Valley. You fix up the farm and make a living from growing and tending to your crops, mining, fishing, and more.

In this game, you will find over 30 non-player characters (NPCs) in the game that are unique and interesting to talk to every day. You can select from some of the NPCs to marry and have kids with later in the game.

It is a multiplayer game where you can play with up to 3 friends at one time. You can find all the artifacts for the museum to reach the bottom of the Skull Cavern and many more things that you can do and keep yourself engaged in this game. For $14.99, this game is a great option.

It is a classic game, which has won over 200 Game of the Year Awards, and it has stood the test of time. The most updated version was released in 2016 for $39.99 and it looks amazing. This Special Edition also comes with its new characters, new quests, weapons, and more. It is a single-player fantasy role-playing game (RPG). There is a story to follow, but the game is large and open-world, so you’re free to explore the world at your pace.

3. The Portal Series (Portal and Portal 2)

Both the games in this portal series are $9.99 and they are both worth every penny. These games involve unique and challenging portal-based puzzles. You need to find out the best way to manipulate your surroundings and navigate to the end of each puzzle. The witty content polishes off this series even more.

In some parts, you can play single-player only. But overall, you can play online with friends and the games become more of a fun and enjoyable experience.

4. The Witcher 3: The Wild Hunt – Game of the Year Edition

In this game, you play as Geralt of Rivia, a witcher following a riveting storyline. You could easily spend 150 hours in this game performing many activities like crafting, magic, gruesome fights, humor, beasts, and much more.

It is up to you to decide whether you follow side quests or the main story. You also have multiple skills to choose from to upgrade, so you can create Geralt in whatever way suits your fight style. It is currently available for $14.99.

Although there is some interesting story to follow in the game, this is great for its shooting patterns and variety of weapons. You play as one of four vault hunters, each coupled with their unique set of skills and special powers.

In the game, you are on a mission to take down the CEO of the evil Hyperion corporation, Handsome Jack. Some side quests and bosses are leading up to Handsome Jack which keeps your interest in the games. The animation is awesome giving you a feeling of a comic book.

You can play this game alone or with up to 3 other players through online co-op. The amazing thing about this game is its drop-in/drop-out mechanism, where you don’t have to restart the game for other players to join. You can grab this game for just $19.99.

This game is an online team-based, tactical gameplay. Counter-Strike: Global Offensive, or more often it is known as CS:GO. It was released in 2012, but it’s still one of Steam’s most-played games.

You can play this game for free. If you’re looking to test out an online team-based strategy game, this is the best place to start. It features new maps, characters, game modes, and updated versions of classic Counter-Strike content.

This game includes a total of 67 campaign missions. Each game released will also have its multiplayer maps, game types, and modes. When all 6 games are released, players will have access to over 120 multiplayer maps.

It is also a strategy game that is completely free to play. If you’re a fan of the Multiplayer Online Battle Arena genre or MOBA genre, this is the best game you should try out with no strings attached. You can learn the ropes of this game by playing against bots. Once you feel comfortable with your skills, you can move into hero demo mode.

All of the heroes available to play in Dota 2 are free to you. You can pay for cosmetics and fun add-ons if they want to, but all the essentials you require to play are all free. Dota 2 gets regular updates, one of the many reasons it’s one of the most-played games on Steam.

It is a western open-world adventure where you play as outlaw Arthur Morgan. You are on the run and have to fight your way across America to survive. This game has won over 175 Game of the Year awards due to its gripping story and fun gameplay.

Also, you’ll have access to Red Dead Online, where you can create your story. You can run an underground distillery as a Moonshiner or create a business as a Trader. The game is available for $59.99.

This is a story-driven RPG that uses a tactical turn-based fight. You can choose from 6 character options, each equipped with their backgrounds and quests. You can play the game as another character and have a different experience.

The game gives you the freedom to explore the world and play at your pace. You can learn over 200 skills in 12 different skill schools. You can play along or with up to 3 other players online for a price of $44.99.

These are the most promising and 10 best evergreen games on stream to play. Each of the games is fun and engaging which is never going to lose its charm. 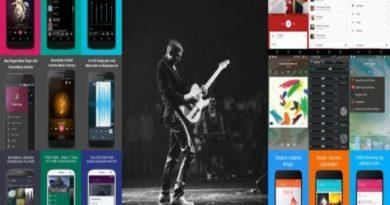 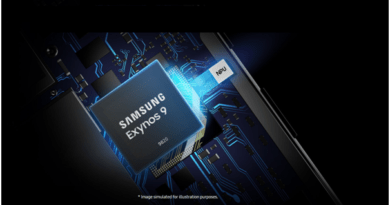 What is Samsung’s latest Phone processor that can manage AI Apps?