Progressive jackpots are the ultimate casino machines, frequently churning out the life-changing price to players lucky enough to win them.

What are Progressive Jackpots?

Do you know why do progressive jackpots get so high? It’s because they are often incredibly difficult to win. Often it may take months for a progressive jackpot to be won. This means meanwhile several players have been contributing to the jackpot during that period.

How to Participate in Progressive Jackpot Games

For this, you just have to find a great online casino to play them at. Read the reviews of the casino to know how good it is. There are plenty of good online casinos currently, so you’ll have a nice list of casinos to choose from.

Once you have zeroed into the best fits, you need to sign up and make your first deposit. Now, probably you would worry about what happens when you win a progressive jackpot.

As some online casinos have maximum withdrawal amounts, so won’t it take months, or even years, to withdraw your massive win? But this is not the case as the progressive jackpots are paid by the game producer and not the actual online casino. So, if you win, do not worry about its withdrawal as it does not fall under the ambit of your chosen casino.

The largest prize ever won at a progressive jackpot game was won by a lucky player from Finland of a massive €17,861,800 when playing Mega Fortune, the great progressive slot machine powered by NetEnt.

Mega Moolah from Microgaming has offered the second-largest jackpot of all time, which was won by a player from the UK playing at Betway Casino, and he won an impressive £13.2 million.

You can also win progressive jackpots playing on mobile. The largest amount ever won at a mobile casino is €7.9 million. It was won by a player at Zodiac Casino, who was playing on his iPad.

In this online casino world, three names are most popular for creating world-class and highest paying Progressive Jackpots. This includes Microgaming, NetEnt and Playtech. All these companies offer some huge progressive jackpots to players.

Many games offer progressive jackpots, it is slots that always offer the biggest prizes. This is just because slots are the favorite game amongst the most online casino players. Although other jackpots like video poker and Caribbean Draw Poker is also large enough.

Here are the top best-known progressive slot games, including how to play them, and how high their progressive jackpots can go.

Powered by Microgaming, Mega Moolah is a progressive slot and the most popular game of this type in the world. With a fun jungle theme, this slot is fun to play, even if you don’t win the top prize.

It is packed with some nice bonus features. There are four different progressive jackpots at this slot, however, the largest of them has gone up to €17m, which is the Mega Jackpot.

You are sure to win at least one of the jackpots when the bonus game is triggered.

This slots is known to offer the largest ever online casino win, as it paid out a massive €17.8m to a player in 2013. Although the luxurious theme might not be of every player’s taste, this is a really enjoyable slot to play.

On getting three Bonus symbols on consecutive reels, you will see a wheel with multiple levels. If you can reach the center of the wheel, you’ll win the Mega Jackpot. Two other smaller jackpots are also there that you can win when playing this progressive online slot.

Due to the massive popularity of the original Mega Fortune slot, NetEnt decided to create a sequel, and this sequel also got immensely popular amongst slots players. Mega Fortune Dreams is a great slot.

It shares the same jackpot as the original game, so players playing any of the versions will contribute towards the massive jackpot prize and have the chance to win millions when they spin the reels. It has the same theme as the original one, however, it has more of a Caribbean feel.

This slot is yet another top progressive slot machine introduced by Playtech which is set during the Stone Age. The theme is playful and even if you do not will, you’ll have a great time.

It has many different features. To win the progressive jackpot, you need to hit five wild symbols across the first payline. This jackpot does not have any bonus game – instead, you win the money straightaway.

It is a progressive jackpot slot from NetEnt, and it is as popular as Mega Fortune.

To start the progressive jackpot bonus game, you need to hit the three scatter symbols anywhere on the reels. You can then win one of three progressive prizes, with the largest being the Mega Jackpot.

It might not be that popular or best-looking slot around, Arabian Nights has become an all-time favorite with online slots players. It’s also developed by NetEnt, and can be played on both desktop and mobile.

There are no bonus games involved when winning the progressive jackpot. Rather, NetEnt has kept things simple and you need to get only five jackpot symbols across an active payline to win.

If you are looking for a simple progressive video slot, Arabian Nights could well be a great choice! This progressive jackpot prize may get up to around the €2,000,000 mark.

Introduced by Microgaming, Major Millions is a progressive jackpot slot that is available in two different forms. There’s a simple classic slot, and also in the form of a video slot with five reels and some nice features.

Both of them have the same progressive jackpot though, and both offer you the same chance of winning the big prize. This is the best classic slot if you are a fan of such a slot. It is also the one that offers the biggest potential prize.

While Mega Moolah is Microgaming’s flagship slot, Major Millions is nowhere less than it and still well worth playing, as it often has a jackpot over €1.5m.

These are the most amazing and high paying progressive online pokies jackpot that you should try at least once just to try your luck! 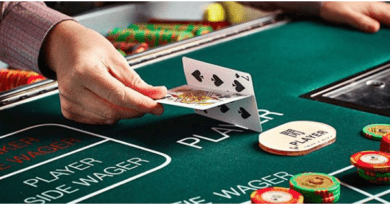 How To Play Baccarat Online? 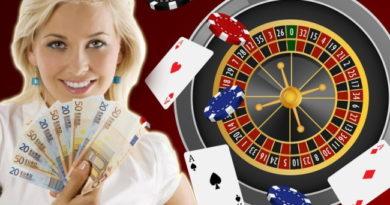 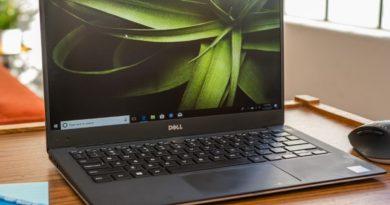