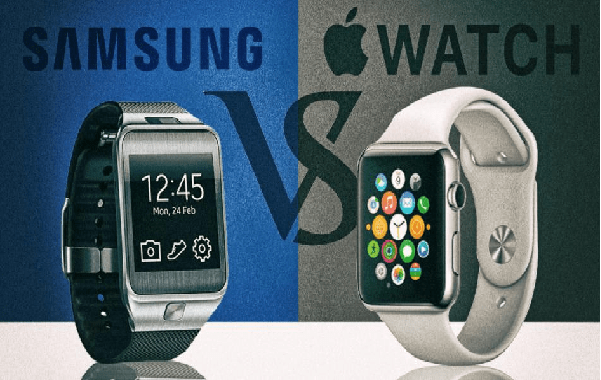 So you need to find and compare what exactly differs in Samsung gear smartwatch and Apple Watch. Here are the few things that will help you compare the two and know what suits you best.

The Gear S uses a SIM card for standalone 3G service so you don’t need a phone to be in close proximity. But the Gear S is still a companion device, and to do anything you want it to, will need to pair with a Samsung Galaxy phone, either nearby (via Bluetooth) or long-range (via Wi-Fi and cellular radios).

To use the Apple Watch, you’ll need an iPhone (5 or later) to sync up with it. For the Gear S, you’ll need a Samsung Galaxy phone (running Android 4.3 or higher) to pair with it.

The Apple Watch’s body will vary depending on which edition you buy. The standard Apple Watch has a stainless steel body, the Sport version uses anodized aluminium in its place, while the Edition line is out in 18-karat gold. The Gear S is all plastic and glass. 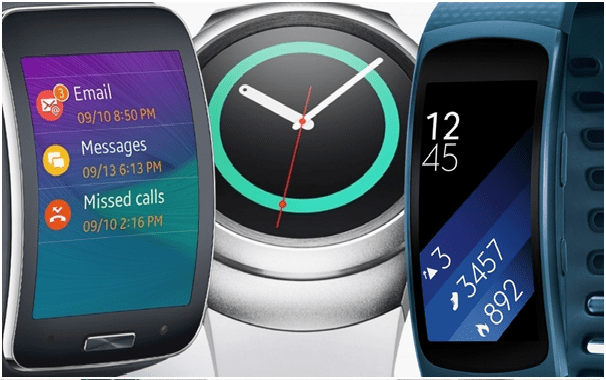 All of the band options for the Apple Watch are made of leather, stainless steel or fluoroelastomer (synthetic rubber).

The Apple Watch is reportedly only protected against splashes The Gear S’ IP67 rating means it can soak in 1 m (3.3 ft) of water for 30 minutes and still survive.

Both watches let you take and make calls on your watch.

If the Apple Watch is trying to be the iPhone of smartwatches, then the Gear S is more like the wearable Galaxy Note. One of the biggest advantages is its virtual keyboard, which lets you quickly rap out text messages and emails. A 2-in screen makes for a relatively small keyboard, its auto-correct is typing quick and easy. The Gear S also support third-party keyboards.

Both watches have built-in heart rate sensors. Apple’s also has a feature that lets you “send” your heartbeat to a friend or loved one.

Similar to the heartbeat-sharing feature, the Apple Watch lets you send little taps to friends, family or loved ones that are also wearing Apple Watches. Tap your display, and your partner will feel it on his or her Apple Watch. Digital Touch also includes things like drawing on your screen, creating emojis or using your Apple Watch as a walkie-talkie.

Both watches have built-in fitness tracking. Apple’s is baked into Watch OS, showing your daily stats in the form of three rings (movement, exercise and standing). The Gear S ships with a Nike+ running app.

The Galaxy Gear and Gear 2 both had cameras, but the Gear S doesn’t.

The Apple Watch will display navigation from your paired iPhone, including different vibrations to indicate different turning directions.

The Gear S has its own GPS radio (no need to leech that from your smartphone), using Nokia’s Here for directions. The GPS also integrates into the Gear’s Nike+ workout app, for tracking your routes.

If you leave your phone behind for a workout, both watches let you store some music on the watch – and listen via paired Bluetooth headphones.

When it comes to notifications both smartwatches are similarly proficient. The Gear S2 has a slight edge with emails, as users are able to reply with an onscreen keyboard, while the Apple Watch is limited to voice dictation (also available on the Gear S2) and preset replies.

For non-native apps such as Facebook, Twitter or Instagram, both devices are more limited. Both will notify you about an update, but don’t allow you to go into the platform to see it. For instance, if someone posts on your Facebook timeline, you’ll get a notification about it but won’t actually be able to see the post. Here the Apple Watch holds a small advantage, with Instagram photos being viewable.

The Galaxy S maker has Apple beat on battery life, despite the improvements to the Apple Watch with Watch OS 2. The Watch is now able to last at least one and a half days before needing a charge, but the Gear S2 was easily able to go for two days.

Now you need to decide which one you want to have. 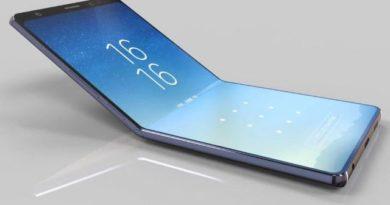 7 Casino Strategies to Improve your Odds of Winning 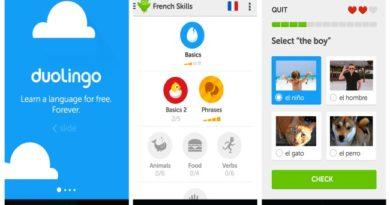 6 Best Education Apps for Android to have in 2019