We know of very few gambling practices that can apply across the board. One of them is “Never take insurance against a dealer blackjack.” Here are the Facts about Slot Machines.

Another rule of thumb that the Tie bet in baccarat is for suckers.

Slots are fascinating because of their simplicity, their visual and audio effects, and the huge jackpots seemingly available for a few coins. Since playing slots is literally as easy as pushing a button, it should come as no surprise that the games give the casino a big advantage.

Let’s find out how slots took over the American gambling landscape.

What is a Slot Machine?

It is a gambling device that is operated by players using a range of symbols to determine winnings.

Traditionally, slot machines were coin-operated, and the player pulled a lever to activate three spinning reels, with coins dropping out into a hopper after wins. It has changed over time. Now, the phrase slot machine includes games that don’t use a lever or accept coins at all.

This indicates that video poker games are slot machines. They involve an added skill element, and the winning combinations are a bit more familiar to us, but practically, you could call it a slot and no one would argue with you.

The gaming floors of Las Vegas are home to skill-based games that are also based on slot machine design but offer a totally different skill-based element. More and more, these games are hosted right there next to the classic slot and video poker machines.

The Invention of Slot Machines

The history of slot machines begins with the invention of coin-operated mechanical devices in the year 1880. At that time, America was expanding to the West.

The people of the frontier were also found themselves with an ever-increasing amount of leisure time. At the same time, they had new access to cheap metal goods. Knowledge was spreading, as was the entrepreneurial spirit and the patent market.

Initially, these gadgets were novelty items, usually found in bars and restaurants, they were more like games than anything else. A popular game at the time featured a “race” between two toy horses, triggered by inserting a coin in the machine. A gambler would gamble on the outcome among themselves, rather than using the machine itself.

By the year 1888, machines that paid out real coins got patented, though they weren’t that popular. More popular were games that paid off in prizes from the bartender – coins, free drinks, cigars, etc.

A Bavarian-born American citizen was responsible for the first game that we can call a true slot machine. He was working as a mechanic in San Francisco, a town in the middle of a boom thanks to the discovery of precious metals and the expansion of the American West, bored with his work, he built the first known coin-operated slot machine in 1894. He failed to interest a single shopkeeper but kept working on his invention in his own time. His game was called The Card Bell. This is an open Facts about Slot Machines.

By 1896, his Card Bell game was revamped as a three-reel slot machine with an auto cash payout mechanism.

This was frontier America, a country still very much under the influence of Puritanism. Ministers railed against the drawbacks of gambling with cards. In many of the towns Fey visited to try to expand his gaming empire, he ran up against townspeople predisposed to distrust card playing.

Called the Liberty Bell, he made another machine having no references to cards or other common forms of gambling. The first Liberty Bell was completed in 1899, featuring symbols like horseshoes, bells, and numbers. Though some playing card symbols were incorporated, the focus of the game was on the lining up of three giant bells, and patriotic ones at that.

The Invention of Fruit Symbols

These slot machines are tradition going back all the way to 1909. That year, the Industry Novelty Company started mass-producing machines in the style of Fey’s old Liberty Bell. Like other things about the slot machine, fruit symbols were a necessity. The use of symbols in the shape of cherries, bananas, and grapes was an attempt on the part of Industry Novelty to disguise the gambling aspect of their game.

Industry Novelty’s earliest slot machines were manufactured as chewing gum dispensers. Every game’s reel symbols indicated a particular flavor of chewing gum. The idea was that if you won; the game would dispense the flavor that correlated to the symbols you lined up.

Slots in the American Century

In the early 20th century there was much upheaval and change on the domestic front. Unfortunately for slot lovers and gamblers; the country’s general suspicion of gambling turned into full-bore gambling prohibition. Hence by the year 1951, virtually all gambling in America was illegal. The city of Las Vegas officially re-legalized gambling in the 1930s. This is one of the Facts about Slot Machines.

It can be said that Vegas saved the slot machine, and elevated it to the level of great art. The development of electro-mechanical slots in the 1950s gave slot designers the freedom to innovate and innovate they did. New jackpot styles, payout schemes, graphic and audio effects, and features like coin multipliers were all added in the decade of the 1950s. After 20 years; Vegas was home to the world’s first video slot machines, games using simulated reels on a display rather than mechanical reels in a case.

Over time, game designers not only get better at producing titles that would appeal to slots players; but they figured out a way to link slot machines at different casinos to create a massive progressive jackpot. These jackpots became an advertising tool; soon handing out top prizes that far surpassed the old Vegas Strip jackpot records.

In the 1980s, for a new gambling audience, which was more image-conscious than the gamblers Vegas had grown accustomed to; video slot technology improved, and jackpots set new records on a weekly basis; slot machines became hip in a way that roulette and baccarat never could.

The Future of Slot Machines

In the 1970s and 80s, more Americans gained local access to machine games. Prohibitions against slot gambling were the target of a movement to legalize gambling on Native American land; a movement that continues to this day. Instead of booking a flight to Las Vegas and spending a lot of money on hotel accommodations; gamblers in states like Oklahoma, Mississippi, and Louisiana had access to slots right in their own home. This is one of the Facts about Slot Machines.

It’s impossible to write about the history of these games without mentioning the Internet. Risking real money on Web-based slot wagers is the latest change of slot gambling; allowing for remote access to all the features gamblers love about slots.

The first online casino hosting slot games appeared in 1994. It was designed by a company on the Isle of Man, regulated by the tiny island nation of Antigua & Barbuda. Gambling giants like Harrah’s, Borgata, and Golden Nugget have now shifted to the online industry. Just to capture a growing population of people who gamble exclusively on the Internet. These are the Facts about Slot Machines. 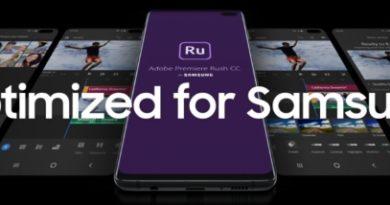 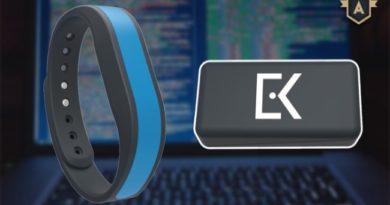 Everykey – A new Way of Securing your Keys and Passwords 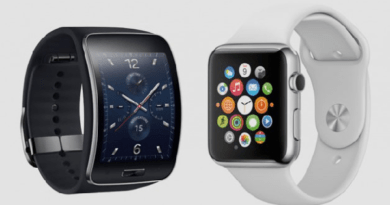